I thought that I’d try to update the ‘About’ page of the blog the other day. Nothing fancy of course, just a few words to reflect the shifting focus. Or rather, the fact that I’d finally acknowledged that ‘the voice’ that I had been impatiently waiting for these past few years had been there all along.

No matter, I quickly typed something that I thought was to the point and, well, appropriate. In all likelihood it was crap. I honestly can’t remember, you see I read it and was struck by the fact that I was uncomfortable with one line. I played it around and around my head and it didn’t sit well with me. The real stumbling block was one word. Never have I spent so much time on one seemingly insignificant word. Just a word and the word was ‘just’.

“Poetry is just a peg to hang stuff on.”

What on earth did I mean by that? Isn’t it a bit dismissive? The problem is that I in no way consider myself a poet – good, bad or indifferent. I’ve been using the tag as somewhere to hang stuff; ideas, words, feelings, sounds. That doesn’t necessarily make it poetry, that’s for others to decide. It’s the librarian in me, I need to order these things, put them on a shelf.

What would others who knew, lived and breathed and seemingly understood poetry think of such a statement? I didn’t want to appear to belittle an art form, that was not my meaning. How many times is that word word used to dismiss individuals, groups, ideas, movements? It seemed like very dangerous ground.

Could I just drop the ‘just’? Well, I could but that would make it a rather bold, definitive statement and I’m no expert. I certainly wasn’t comfortable with saying “my poetry” because again I would be making a pronouncement on what I am and do. It’s not that clear cut.

This line of thought inevitably became circular. Around and around it went and the only way for it to stop was to cut it, all of it. Gone. It was the only just solution.

as I regress up the road towards a childhood

The grounds are empty but for the white blanket

embracing the slope and the winding path

No longer an uphill struggle on mornings like this

to remember the fun to be had

nothing else would matter then

need not rejoice in the ghost of James

coursing through my veins

as Samuel rests and downs his pen

the sheets lie empty, then

I curse his name and cry

It was conceived in a moment.

For one short, utterly glorious, bliss-filled interlude his head was filled with the most emphatic and thoroughly resounding air of superiority.

“Wow!” they would respond.

“You’re such a dark horse!”

And after the acceptance and accolades and adorning acolytes he would flatly retort, “No. I was just seeing if you were paying attention.”

It sits and reminds me

the pain of that race and the fall 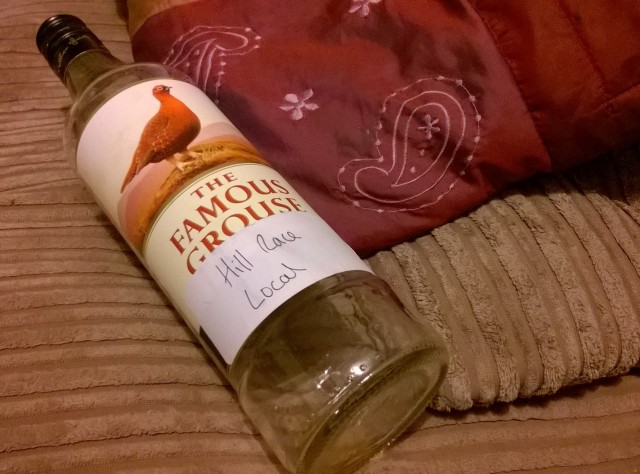 with a modicum of talent

I strayed from the path of righteousness

singing “I the mote in your eye”, aye

singing “I the mote in your eye”.

I stopped by the shores of Loch Ness

still singing “I the mote in your eye”, aye

still singing “I the mote in your eye”.

Scrambled egg and Markévitch and housework

No longer, the papers to mark

But time to give and to take from Górecki again.

I’ve started writing again, though to be honest that’s not strictly true or false. I never really started or stopped. I’ve formed ideas, composed pieces, tested sentences, lines and verse, framed and sequenced images for as long as I can remember. But except for a very brief period, and mostly out of necessity, never really wrote anything down. I played the ideas around in my head until I or they were exhausted. Then they were gone, perhaps making a reprise at a later date, often not. The fear of committing anything to paper or hard drive, the fear of exposing pointless notions to public scrutiny, generally just the fear.

Then it occurred to me the other day – and not for the first time – that actually, fundamentally, very few people are really interested in anything I have to say. Now most people at this point would take the hint and shut up. Me? No, I finally realised that this was perfect. Nobody will read it, nobody will care. It doesn’t have to be finished, it doesn’t have to be perfect. It can be ignored. I can actually write without fear of anything or anyone, after all they’re not really there. Finally I can get this stuff out of my head. All those mental exercises. Then I too can ignore it. Who wants a head full of nonsense anyway?

The form has been sitting

and using up space on my empty hard drive

of a relentless absence of aptitude,

a relentless penchant for procrastination.

taunting, teasing and trying to test

whilst I, in turn,

turn the other cheek and check

if the kettle is ready for another brew.

And while I drink, I stew some more

on what could have been,

but for the lack of application.